The LIFE + INDEMARES project is one of the largest European initiatives in regard to marine environment conservation and awareness. It was carried out between 2009 and 2014 with a budget of 15.4 million, and was co-financed, 50%, by the European Commission.

Coordinated by the Biodiversity Foundation, it counts on the participation of the Ministry of Agriculture and Fisheries, Food and Environment, as the competent administration of the marine Natura 2000 network; the Spanish Institute of Oceanography (IEO) and the Higher Council for Scientific Research (CSIC), as the main marine research institutions in the country, as well as ALNITAK, the Coordinator for the Study of Marine Mammals (CEMMA), OCEANA, the Society for the Study of Cetaceans in the Canary Archipelago (SECAC), SEO / BirdLife and WWF Spain, the main ecological organizations in the country.

Thus, over six years, almost 130 oceanographic surveys were carried out and 10 relevant and previously identified areas were studied:

Atlantic Region | Banco de Galicia, the Avilés undersea canyon system and the mud volcanos of the Gulf of Cádiz.

Mediterranean Region | Western undersea canyon system of the Gulf of Leon, the Menorca Channel, the Ebro Delta and the Columbretes Islands, southern Almería-Seco de los Olivos and the Alboran Island.

Thanks to the more than 40 actions carried out throughout the project, and with the involvement of almost 300 professionals, we achieved the following:

• The designation of 10 Sites of Community Importance (SCI) and 39 Special Protection Areas for Birds (SPA), representing more than 7.3 million hectares.

• A Substantial increase in the marine protected surface area in Spain from 1% to 8%, thus contributing to the objective of the Convention on Biological Diversity to protect 10% of marine regions.

• The discovery for science of more than 50 new species.

• The setting up of an innovative laboratory for monitoring the impacts on protected areas.

•  50 management guidelines were drawn up, one for each of the sites proposed in the Natura 2000 network.

• 9 public participation workshops were held with social partners, attended by more than 650 participants.

• The development of an extensive communication and public awareness campaign.

As a result, Spain has managed to achieve one of the most extensive and scientifically well-defined networks of the marine Natura 2000 network in Europe, and one which also counts on a high degree of social consensus. 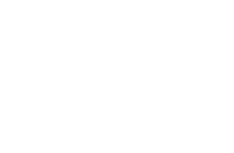